Each year the AOCS Governing Board has the honor of approving long-term members for Emeritus status.

AOCS membership dues are free for the rest of Emeritus members' lives.

In 2021, 16 long-term members achieved Emeritus membership, a recognition of their contributions to our community, the excellence of their research, and their dedication to AOCS. 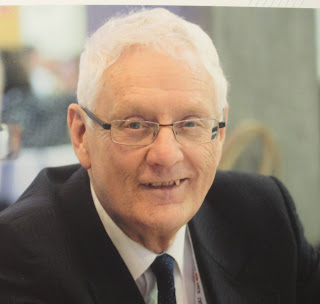 A brief biography: My interest in microbial lipids began some 55 years ago when I worked for Unilever, which was a very mixed experience. I then joined the University of Hull in 1967 and took up the subject of lipids once more. Over the years, I have published some 358 papers (with an h-index of 60).  I was awarded a personal chair in microbial biochemistry at the university in 1983. The main focus of my research was into the biochemical mechanism by which certain microorganisms, yeasts, fungi and algae, the oleaginous species, were able to accumulate large amounts of oil within their cells - up to 75% in some cases. These are now known as the Single Cell Oils. Unraveling the process took the input of many post-graduate students and post-docs plus the invaluable assistance of a number of very dedicated technicians. I have received numerous awards for my research including the PM Lategan Prestige Lectureship from the University of the Orange Free State, South Africa (1993), Kathleen Barton-Wright Memorial Lectureship (from the Society for General Microbiology, UK in 1994), British Council Visiting Lecturer to India (2002), a distinguished visitor to Ben Gurion University, Israel (2008), visiting professor to universities in Malaysia, Hong Kong & China and, most prestigious of all, the Stephen Chang Award from the AOCS in 2011. In 2015, the 'Colin Ratledge Center for Microbial Lipids' was opened at Shandong University of Technology, China with myself becoming Honorary Director. I was also awarded an honorary doctorate from Ben Gurion University in 2017.
Can you tell us about your current or past research?
It has been very gratifying to know that the research that my group and I were able to accomplish has proved useful in developing processes for the commercial production of a number of oils, especially those rich in polyunsaturated fatty acids - arachidonic, eicosapentaenoic and dodecahexaenoic acids. The term 'Single Cell Oils', which I first coined in 1974, has now entered common parlance as has 'oleaginous microorganism' to describe those 'obese' organisms capable of accumulating copious amounts of oil in their cells. My research at the University of Hull has now come to an end but I still remain somewhat active thanks to some of my former Ph.D. students who now head up their own lipid research groups and think, probably mistakenly, that I can still make a contribution to their work. Long may it continue.
What was your reaction when you learned you had been made an emeritus member?
Wow! I did not see this coming. And then I felt considerable pleasure and pride at receiving this unique distinction.
Can you share your favorite memory or story from your AOCS membership?
Whilst I have no particular story to tell about the AOCS, ever since I attended my first annual meeting - probably about 1980 in New York - I have always been struck by the extremely friendly staff for whom nothing seemed too much for an overseas visitor. Also, and without exception, every member at these annual meetings were the most pleasant of people you could wish to meet. Nothing but the happiest of memories.
Posted by AOCS at 3:45 PM