We invite you to attend the 10th AAOCS biannual meeting 'Biotechnology, lipidomics and nutrition'.

Email ThisBlogThis!Share to TwitterShare to FacebookShare to Pinterest
Labels: Biotechnology, lipidomics and nutrition, Meetings and Conferences and Short Courses 2017

The Latin American Congress Organizing Committee has extended the deadline for submitting abstracts until May 31, 2017.   Don’t miss this opportunity to present your research to congress delegates in Cancun this September.  Complete submission details are available on the Congress website.

Held in cooperation with the AOCS Latin American Section, the Latin American Congress addresses up-and-coming issues around market influences and fosters collaboration among peers from around the world. The conference schedule allows you to easily flow between sessions that cover a wide range of topics. Presentations will be made in either Spanish or English and simultaneous translation is provided.

Save up to US $200 when you register now to attend the leading international forum that connects fats and oils professionals, scientists, researchers, and students from throughout the Latin American region and beyond.

Registration is open for the leading event facilitating cross-industry collaboration for professionals in Latin America and beyond. The AOCS Latin American Congress features content specifically tailored to fats, oils, and lipids professionals, and is an opportunity to foster cross-country and cross-industry collaboration.
Plan early to maximize registration savings and secure your hotel accommodations at the special Congress rates.

Email ThisBlogThis!Share to TwitterShare to FacebookShare to Pinterest
Labels: and Lipids, OCS Latin American Congress and Exhibition on Fats, Oils

Earl Hammond, age 90, died on May 10 at Northcrest Health Care after a long, productive and rewarding life. Visitation will be at Grandon Funeral and Cremation Care 414 Lincoln Way Ames, Iowa from 5 to 7 pm on Monday, May 15. Memorial services will be at 11 am on Tuesday at First Baptist Church 200 Lynn Avenue, Ames, Iowa. 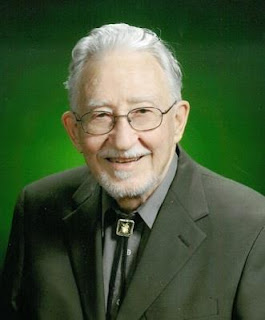 Earl was born in Terrell, Texas on November 21, 1926, to Joseph Carroll Hammond and Kate Gullette Hammond. He attended and graduated from Terrell schools, then went on to the University of Texas at Austin, where he received his BS and MS degrees in chemistry. He continued his studies at the University of Minnesota where he received a PhD in biochemistry in 1953. With an offer from Iowa State College, he moved to Ames where he taught cheesemaking and food chemistry, and did research on fats, oils and lipids for the next 50 years. He officially retired in January 2003, but continued to do research and work with students until 2014.

While a student at the University of Texas he got called into the army in 1946. He served for one year in New York and Washington. He returned to Austin, and was working on his M.S. degree when he met Johnie Wright at the University Baptist Church. Following a long courtship, they were married at University Baptist Church in Minneapolis on September 17, 1951. After completion of their degrees they moved to Ames where they have spent the rest of their lives.

Earl was an active member and frequent teacher at First Baptist Church. He was a founding member of Story County Housing and Ames Ecumenical Housing and contributed his time to providing affordable housing for low-income families. He also loved to play recorder and played in small groups for many years. Earl and Johnie enjoyed international travel and frequently took along one of their grandchildren when they visited other countries.

Earl's research on lipids was awarded honors on several occasions by the American Oil Chemists Society as well as international honors including an honorary doctorate degree from the University of Olzytin, Poland. His work has resulted in over 30 patents and is used in several commercial products. What he loved the most was the opportunity to work with and guide the research of graduate students from all over the world. His love of science and chemistry was reflected in the microscopes and chemistry sets his children received for Christmas.

Earl is preceded in death by his parents as well as his brothers Frank Hammond and Joe Hammond. He is survived by his wife Johnie Hammond of Ames, Iowa, his son Bruce and wife Darla Hammond of Port Saint Lucie, Florida, his daughter Linda and husband Bruce Hanson of Ames, Iowa, his daughter Pam and husband David Fuchs of St. Louis, Missouri, and son Christopher and wife Sandy Hammond of Richardson, Texas, as well as eleven grandchildren and 6 great grandchildren.

The family asks that in lieu of flowers, that contributions be made to the Story County Community Housing Corporation, 130 S. Sheldon.

Online condolences may be directed to: www.grandonfuneralandcremationcare.com
Published in Des Moines Register on May 14, 2017
Posted by AOCS at 10:44 AM No comments: