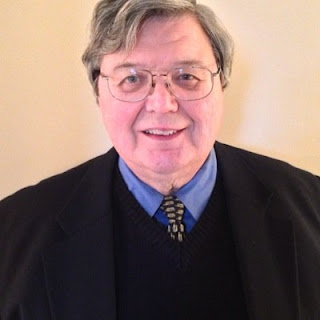 Bernie was born on November 27, 1942 in Washington Township, Pennsylvania to Theodore Szuhaj and Rose Szuhaj (née Karamon).  After graduating from Lilly-Washington High School in 1960, he matriculated to Pennsylvania State University where he earned BS, MS and PhD degrees in the field of Bio-Chemistry in 1964, 1966 and 1969, respectively.  While attending Penn State he married his childhood sweetheart, Carole, on December 26, 1964 in their hometown of Lilly, PA.  While completing his graduate studies, the couple welcomed three children, twins, Matt and Tim in January 1966, and younger brother, Bernie, in February 1967.

Prior to defending his PhD dissertation and after moving his young family to Chicago, Illinois, in 1968, Bernie began a thirty-five-year career with Central Soya Company, Inc., an international agribusiness company.  He enjoyed an accomplished career with the company, retiring in 2003 as the Vice President of Research and Development. Following his retirement, Bernie served as the Executive Director of the National Center of Excellence in Human Nutrition, also known as Nutricore, a public-private initiative established by the City of Fort Wayne and the Allen County Economic Development Alliance to help Indiana universities and businesses obtain Federal research grants to support programs related to childhood obesity.  Professionally, Bernie was widely recognized as an international authority in the field of Soy Lecithin and Phospholipids ultimately authoring and editing several seminal books and publications on these subjects.  During his distinguished scientific career, Bernie was granted ten U.S. Patents and numerous international patents, including several for an investigational cancer drug based on a soy component know as Bowman-Birk Inhibitor.

Bernie was a longtime member of the American Oil Chemists Society, a global professional scientific society for all individuals and corporations with interest in the fats, oils, proteins, surfactants, detergents and related materials fields, eventually serving as the AOCS’ President.  He was also a founder and the inaugural President of the International Lecithin and Phospholipid Society.

Bernie was an active participant in the community and with his children’s activities both in Chicago and after the family moved to Fort Wayne, serving as a Cub Scout Leader, baseball coach, and passionate science fair advisor and judge.  He was also an active member of both Sacred Heart Church in Lombard, Illinois and later St. Vincent de Paul Catholic Church in Fort Wayne, Indiana.

Memorial services for Bernie will be held at D.O. McComb & Sons Funeral Home, 1320 East Dupont Road, Ft. Wayne, on Saturday, September 22nd.  Public visitation will be from 10:00 am to 12:30 pm with a memorial service immediately following.  A reception following the service will be held at Casa Grille, 411 E Dupont Rd, Fort Wayne, beginning at 2:00 pm.  All are welcome to attend and celebrate Bernie’s life.  In lieu of flowers, please send donations to the National Kidney Foundation of Indiana (nkfi@kidneyindiana.org).  The family would like to thank the staff and caregivers from Visiting Angels, Clarkson Mobility, Parkview Regional Hospital, Lutheran Hospital, and Ashton Creek Health and Rehabilitation Center for their efforts, care, and dedication to Bernie and his health,