IESD Expo 2014 International Exhibition on Surfactants and Detergents will be held at Shanghai Everbright Convention and Exhibition Center on April 14 - April 16, 2012. The theme of the event is "Focus on Industrial Upgrading/Serve for Industry Development". This event, showcasing the surfactants and detergents industry's most advanced technologies and products, has become important for domestic and oversea surfactants and detergent products manufacturers, agents, distributors to the extended market, industry education, understanding today's international market fashion trends, and the latest technology.   AOCS is a supporter of IESD 2014.

Concurrent to IESD 2014 is ICSD 2014. ICSD is an international conference focused on the research, production, application and commercialization of surfactants and detergents. In addition, it is an important platform for all international colleagues to know more about China, and for the Chinese enterprises to introduce themselves to the world. As an international academic conference for surfactants and detergents with the highest standard and great influence, ICSD is now attracting more and more enterprises, colleges and universities, governmental organizations, associations and individual visitors. In fact, it has built an important bridge of exchange and cooperation in China and foreign countries. Moreover, ICSD has become a leading conference in Chinese surfactants and detergents industry. 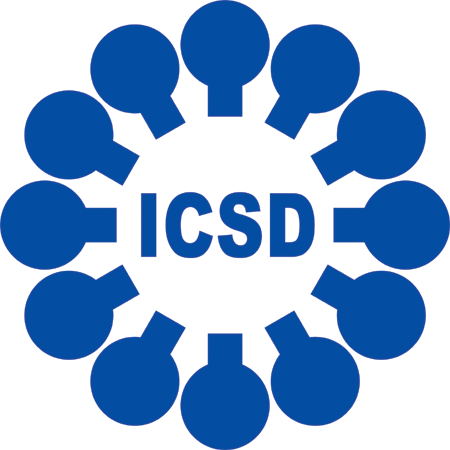 Email ThisBlogThis!Share to TwitterShare to FacebookShare to Pinterest
Labels: Fabric and Home Care, Meetings and Conferences 2014, Surfactants and Detergents

Thank you JAOCS, JSD, and Lipids Editors and Reviewers!

JAOCS, JSD, and Lipids owe their success to the efforts of our volunteers. AOCS Press is grateful to our volunteer editors and reviewers who contribute their expertise to the time-consuming task of peer reviewing the papers that are submitted to our journals.

View the online Wall of Fame for each journal: JAOCS, JSD, and Lipids. Find your name or look for the names of your colleagues! You can also view this Wall of Fame onsite during the 2014 AOCS Annual Meeting & Expo in San Antonio.


Every farmer and rancher in the state of Oregon (USA) is driven by a great purpose: to produce quality commodities that serve and feed their local communities and the world. Most send theirs off to various places to be processed or added into foods and sold elsewhere, some may get to produce and sell it themselves, but few get to do what Family Generation Foods is doing. Family Generation Foods is giving local multigenerational farm families a unique opportunity to take their commodity, turn it into an innovative food product, and sell it directly to consumers. Some might call that “living the dream.” For Madison Ranches’ Kent and Laura Madison, that dream has become a reality.

Family Generation Foods started at Madison Ranches, Kent and Laura’s own multigenerational farm. The farm started with Gaylord Madison who, after several years of drought in Iowa, made a fresh start in eastern Oregon in 1914, taking advantage of the Water Reclamation Act. Purchasing dry desert land outside of Echo, he raised sheep and feed crops to provide for his flock and horsepower. Eventually the farm passed to his son, John Madison, who expanded the farm by adding an irrigation system to raise commodity crops such as wheat and alfalfa. He also replaced the sheep with cattle before transitioning the farm to his son Kent Madison in the early 1980s. Kent expanded the farm even further, utilizing the newest computer technology to plant crops, apply fertilizers, and conserve water.

Conserving water involved a transition to deficit irrigation, which requires crop diversity, with each crop using water at a different time and at a lesser rate. Out of this practice, and the need for better crop rotation, canola entered the picture. “We started raising canola in 1990 and also raised it in rotation with alfalfa, corn, and other crops,” says Kent. Canola uses less water than other crops, especially as it matures. When water is no longer needed it is shut off and used for other crops, allowing the canola to dry before harvest. Once the canola is harvested, it can be crushed into oil.

In the early 2000s, when there was interest in biofuels, Kent and Laura decided to crush canola oil themselves to make biofuel for SeQuential Pacific Biodiesel. For this they installed their own canola crushing system and biodiesel production plant on-site at Madison Ranches. Eventually, the process became too expensive for the economy to support, and that’s when Kent and Laura made an exciting discovery. “We realized the canola oil we were pressing was of incredible quality, golden in color, almost like an olive oil, and started playing with that,” says Kent. The results carried over to the kitchen, as Laura started cooking with the oil, and that was when they decided to start producing food-grade oil. In 2012 they converted the canola crushing plant to a food-grade oil production plant, and Family Generation Foods was born.

The canola seed is harvested through a combine and, as it’s needed for crushing, it’s dry cleaned through a rotary cleaner and fed into crushers that press the oil from the seed. This occurs at the food-grade production plant, which is on-site at Madison Ranches.

The name honors the many generational farming families in Oregon, as 98% of Oregon’s farms and ranches are family farms and ranches. Kent and Laura were amazed, in claiming such an appropriate name, that it had not already been taken. “It was surprising . . . when you do a Google search there are a lot of family genealogy sites that come up, but that’s about it,” says Laura. Although Oregon farm and ranch families have been serving and feeding their communities, and the world, for many generations, this is the first venture of its kind to bring them all together. “The concept of Family Generation Foods is generational farming families providing generational family food,” says Laura. A simple and important concept for a company in its early stages that’s starting to take off.

Madison Ranches’ canola oil is the first product and has already evolved into seven flavors: Original, Lemon, Dill Weed, Basil, Roasted Garlic, Adobo Spice, and Habañero. All of them are pure, unique oils that stand out in a variety of foods, but they especially enhance presentation and the taste of homemade breads. “It has a beautiful color, and if you’re into presentation, and into food looking pretty, it’s appealing on the plate as well,” says Laura. “The lemon oil is great in cornbread and cinnamon rolls, the flavored oils really stand out in breads.” A few places carry these oils already, including Bennesere Olive Oils and Vinegar, which sells in bulk in Portland; Provvista, a premier specialty foods importer and wholesale distributor in Portland; and Bellinger Farms and Gourmet Shoppe in Hermiston. The oils are hitting their mark, striking a chord with fine shops, hotels, and restaurants alike. “Our target audience is the Portland, Eugene, Seattle market, people who enjoy good quality food,” says Kent. They are also sold on Family Generation Foods’ website.

Pleased with the success of their canola oil, Kent and Laura are already working with other growers on potential expansions. Potatoes, Wagyu beef, and blueberries in unique refillable containers are just some of the possibilities for the future of Family Generation Foods; and expanding it will fulfill an exciting purpose. In an age where consumers are far removed from the farm, Family Generation Foods seeks to close the gap, telling Oregon agriculture’s story and connecting the consumer back to the source. “It gets the story out on these farms, each of these commodities will tell their stories, and it brings agriculture back to the forefront where food and fiber comes from,” says Laura. Madison Ranches has recently transitioned to their son Jake, and Family Generation Foods could become an employee-owned company someday. Yet, each will continue to fulfill the rich tradition of generational farm and ranch families that have come before them, sharing wholesome, natural food and feeding their communities and the world.
--
Heather Burson is a communications professional with the Agri-Business Council of Oregon.

Reprinted with permission from Heather Burson and the Agri-Business Council of Oregon, http://oregonfresh.net/.
--

Can it stand in for olive oil?

Refined canola oil is favored by restaurants and consumers because of its tendency to give off very little smoke when heated, but the refining process also has the tendency to remove the savory natural flavor of the oil.

Removing particulates is what allows canola oil to achieve a high temperature without giving off excessive amounts of smoke. Conventional refining uses chemicals to remove the solids, but Madison Farm’s cold-pressing process uses a centrifuge system, similar to the centrifuge systems used in refining olive oil and avocado oil (Inform 24:558–560, 2013). This retains the color and savory flavor of the oil while allowing it to be heated without producing a lot of smoke.

Although refined canola oil is generally used for deep-frying, the Madisons’ cold-pressed version can be used in a variety of culinary applications. Madison reports that some chefs are opening up to the idea of using the canola oil in place of olive oil.

“Some of the chefs that have tried it were skeptical at first,” Madison said. “The restaurants that we have given samples to have all become customers because they really notice the difference after they’ve had a chance to play with it.”


The Department of Energy's (DOE's) Bioenergy Technologies Office (BETO) is hosting a workshop on Thursday, April 3, 2014, at the Renaissance New Orleans Arts Hotel in New Orleans, Louisiana. This workshop will explore the resource expansion potential for conventional refineries by considering biomass-derived oils as a supplemental feedstock. BETO wants to identify the next step(s) in gathering information about the physiochemical properties, reactivities, and compatibilities of intermediates to petroleum refineries. Understanding and specifying bio-oil intermediate requirements for use in petroleum refineries and the limitations of the distribution infrastructure are critical. The workshop will convene university, national laboratory, industry, advocacy, government, and other stakeholders from both the renewable energy and petroleum refining industries to discuss the potential for bio-oil co-processing, the challenges currently facing the refining industry, and the advantages that could be realized in a co-processing partnership.