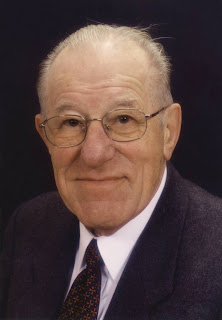 AOCS is saddened to learn that AOCS Past President Robert (Bob) Hastert passed away peacefully on June 6, 2021. He was a long-time member and leader at AOCS for nearly 60 years.

Hastert served on numerous committees and the Governing Board. He first served as a Member-at-Large on the Governing Board for several years before serving as Secretary in 1985, Vice President in 1986 and President in 1987. He was heavily involved in fund raising efforts to build a new AOCS headquarters in 1986. After his Governing Board roles, he continued to dedicate his time and knowledge in other volunteer roles, including serving as a member of the Recognition Program Committee, Advertising Committee and as an INFORM magazine associate editor.

During his tenure as AOCS President, plans were made to reorganize the society into a divisional structure, which improved the technical program at the AOCS Annual Meeting. Moreover, this change allowed more volunteers to become active in the Society. Divisions are still the primary way members can add their voice to development of technical programming.

Hastert was instrumental in organizing a number of well-attended national and world congresses. In 1986, he organized a symposium at the Honolulu AOCS meeting that was so well attended and received that the proceedings were published in book form by AOCS Press.

His technical background in industry and the catalyst manufacturer’s business enabled him to become an expert on hydrogenation. In 1996, the 5th revision of Bailey's Industrial Oil and Fat Products appeared in which Hastert contributed the chapter on hydrogenation. For a number of years, he operated his own consulting business (HASTECH) specializing in placement of scientists in the fats and oils industry.

AOCS is thankful to have been the professional home of such an important figure for many years.