Thank you Governing Board Members

It’s Volunteer Week and AOCS would like to kick the week off by thanking the entire 2019-2020 Governing Board for their outstanding leadership in the past year. Today, we particularly want to highlight our outgoing Governing Board members. 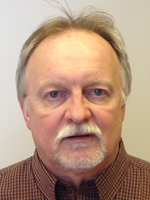 LEN SIDISKY, USA, is the outgoing Immediate Past President of the Governing Board. Len became an AOCS member in 1990 and has gifted the society 10 years of service on the Governing Board. He has been a leader for AOCS sections, committee Chairperson for the Hans Kunitz Award, AOCS Chromatography Committee, and the Technical Services Steering Committee. Since 1994, he served as representative for the Supelco Research Award. Len is also a winner of the Ralph H. Potts Award in and was named an AOCS Fellow in 2016. At the 2019 Annual Meeting in St. Louis, Len was honored for his achievements and service as the outgoing President. Len continues to serve AOCS as a member of the Nominating and Election Committee and as a Director on the AOCS Foundation Board. 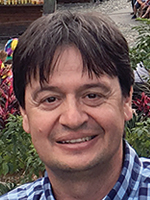 LEON PABLO ESPINOSA, DESMET BALLESTRA NORTH AMERICA, INC, USA, is an outgoing Member-at-Large. Leon became a member of AOCS in 2009 and has gifted the society 3 years of service on the Governing Board. He was very involved with the Latin American Section and the Latin American Congress in a variety of capacities, including his service as Section president, as a leadership team member, and as a session chair. He is also a Program Committee Organizer as well as a sponsor and exhibitor at the Latin American Congress. 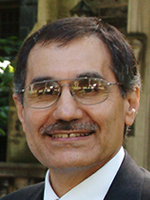 MAGDI MOSSOBA, U.S. FOOD AND DRUG ADMINISTRATION, USA, is an outgoing Member-at-Large. Magdi became a member of AOCS in 1992 and has gifted the society 4 years of service on the Governing Board and 11 years of service as a Chair of the Books and Special Publications Committee. He has also been a member of the Uniform Methods Committee since 2009 and a member of the JAOCS Editorial Board since 2014. In 2013, Magdi was named an AOCS Fellow. Magdi made impactful contributions to AOCS as an author, reviewer, presenter, and editor. 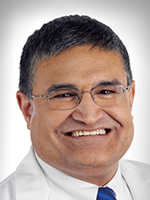 DILIP K. NAKHASI, STRATA FOODS, LLC, USA, is an outgoing Member-at-Large. Dilip became a member of AOCS in 1995 and has gifted the society 4 years of service on the Governing Board. In 2016, he was awarded the Award of Merit and in 2017 named an AOCS Fellow. Dilip also served as the Annual Meeting Program Committee Chairman from 2011 to 2015 with impeccable leadership and vision. For 7 years, he was also involved with the leadership team for the Edible Applications Technology Division and with that Division’s awards committee. He works at Stratas Foods, LLC.


Governing Board members gather for onsite meetings at least two times per year in addition to an online meeting in March; however, their service is needed year-round to provide feedback and counsel on initiatives important to the Society.

Are you interested in being considered for a Governing Board Member position? Complete the Prospective Leadership Questionnaire to voice your interest (.pdf).