The early registration deadline for the World Congress on Oleo Science & 29th ISF Congress has been extended to September 10, 2012. 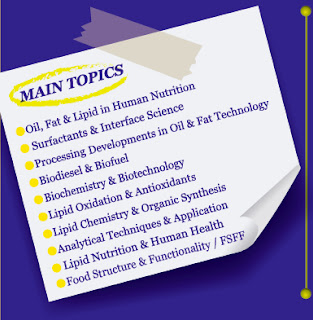