The Ralph Holman Lifetime Achievement Award of the AOCS Health and Nutrition Division recognizes an individual who has made significant contributions to the Division’s area of interest, or whose work has resulted in major advances in health and nutrition.

This award commemorates Ralph Holman’s lifetime service to the study of essential fatty acids and their impact on human health and to the Society. Dr. Holman was not only an accomplished biochemist, but a devoted father and husband, a man of integrity and a role model for students and young scientists. Learn more about Ralph Holman in the AOCS Lipids Library 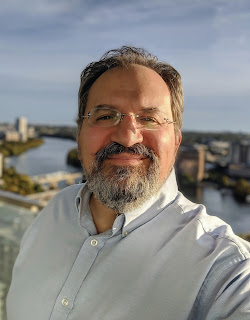 Tom Brenna is a professor of pediatrics, of human nutrition, and of chemistry at the University of Texas at Austin. His group's research is on the chemical, biochemical, metabolic, genetic and ecological aspects of fatty acids. His work has made a significant impact towards improving human nutrition through basic advances in chemical analysis. The research group was among those contributing to the recognition that dietary omega-3 fatty acids are required for proper brain and retinal function in developing infants. This work has been recognized with the American Society for Nutrition's Osborne and Mendel Award for outstanding contributions to basic research in nutrition in 2017 and the ASN's Robert Herman Award for the advancement of clinical nutrition in 2013. He was recognized by AOCS Herbert J. Dutton Award for advances in analytical chemistry in 2020. He has also been continuously involved in nutrition policy, notably as a member of the 2015 Dietary Guidelines Advisory Committee (DGAC) and as a regular contributor to advisory scientific and medical groups.

On the occasion of receiving the AOCS Herbert J. Dutton Award in 2020 Dr. Brenna provided advice that is well worth repeating: 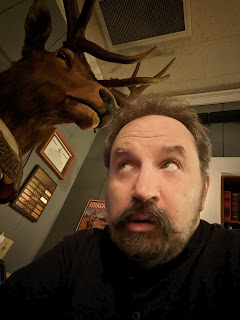 Science is advanced chiefly by those obsessed with making sense of the world.  First is required a single-minded dedication to good technical measurements.  Everything starts there.

Second is an obsession for organizing empirical results into models accessible to the human mind – we call those theories.  Regularly asking yourself how you know the things you think you know, is paramount for discovering new things that no one knows.  How do you know the earth is not flat?  Explain the chemical steps leading free fatty acid content to determine, in part, an oil’s smoke point.  Work it out from first principles.

Third, is an underlying recognition of the primacy of humanity, a desire to apply the best ideas to improve the human condition.

These principles can be exercised in any career path – academics, government/non-profit, industry – though some jobs may not enable it.  Two examples from industry come to mind: 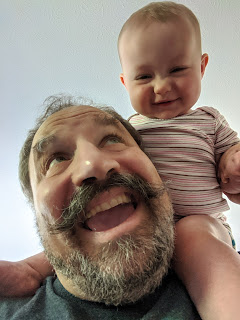 My first job out of grad school in 1985 was as a staff engineer-chemist for IBM.  To understand what IBM was then, imagine Google, Facebook, Apple, and Microsoft as one company, with similar-sized profits.  Many of its alums and business connections developed the computing culture that we have now, even as the company faded from primacy.  IBM had a well-developed culture that emphasized inclusiveness and fairness to a far more refined degree than I saw in the academic world.  IBM was a good citizen, inside and out.  It developed computing from its origins in punch card-controlled textile looms to the mainframe and PC.  It emphasized respect for the individual as its first overarching principle.  And in my experience, it lived up to it. 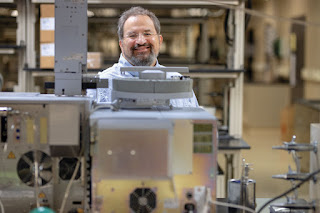 A second example was my work with industry on including omega-3 DHA in infant formula.  Despite the presence of DHA in all human milks globally, prior to 2001, no North American infant formula contained DHA.  With the support of academics, single-minded persons in industry brought that innovation to a reality, navigating the twists and turns of a regulatory landscape with innovation resistors in other parts of the industry, some still evident, who’ve “always done it this way”.

Lessons learned? Excellence can be practiced anywhere and no career path has a monopoly on virtue.

Thank you Dr. Brenna for this great advice (and the awesome photos!) - and congratulations on receiving the Ralph Holman Lifetime Achievement Award