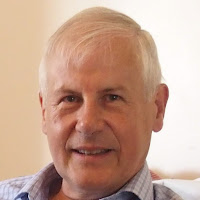 Alan received a degree in chemical engineering from the University of Surrey in England in 1977 and then followed a career in the food and beverage industries. He recently retired from Desmet Ballestra after 36 years. At Desmet, he was mostly involved with the engineering of vegetable oil refineries, designing new equipment, and investigating ways to improve and expand the performance of existing plants. Alan continues to consult through ARP Lipids — reach him at alan@arplipids.co.uk.

Away from work, Alan lives in Horncastle, England, with his wife Jane. They have three children and three grandchildren. He is a published science fiction author with a short story recently included in the anthology Nine Streams of Consciousness in addition to other stories published since 2017. Alan also participates in amateur theater, including a production of Red Riding Hood that ran through the pandemic. It was challenging with several players missing shows for COVID-19, but the “show did go on," though parts and players were shuffled to cover roles!

What do I wish I had known when I first started?

Working in engineering involves a lot more than what you learn in the classroom!

What is the biggest change you have seen in oilseeds?

The size of refineries. When I first started working in the industry 100 tons per day was a very common size for a refinery and I remember discussing with a colleague whether 1,000 tons per day refinery would be possible and who would want one. Today, there are palm oil refineries of several thousands of tons per day.

What was the most challenging issue that you personally faced in oilseeds?

It’s hard to pick one. Often, very challenging issues can have very simple explanations. High free fatty acid in deodorized oil, after much investigation, turned out to be caused by analytical errors. The unit was removing the fatty acid perfectly but we didn’t know it.

A vessel that was leak tight when cold but showed a poor vacuum when heated was due to the vessel expanding, which forced the pressure transmitter against a beam. Everything happens for a reason. Sometimes the reason is hiding in plain sight, but you need to look from another direction.

What is the biggest challenge you see in oilseeds today?

Making the industry genuinely carbon neutral. If we can do it then proving that we have achieved the goal will be a big part of the challenge.