Welcome to the new Journal of Surfactants and Detergents Editor-in-Chief, Doug Hayes! Doug is a member of AOCS and a Professor at the University of Tennessee. He has served as an editor for AOCS journals for nearly twenty years and is currently a member-at-large on the AOCS Governing Board. Learn more about him, why he decided to volunteer and what he hopes to accomplish as Editor-in-Chief in the below Q&A. 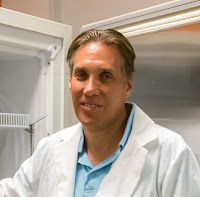 Provide a brief biography of 250 words or less.
I am a Professor of Biosystems Engineering at the University of Tennessee (UT). I also serve as an Adjunct Professor for Chemical and Biomolecular Engineering at UT, a Guest Professor at Wuhan Polytechnic University and Jinan University (Guangzhou, China), and a UT-Oak Ridge National Laboratory Joint Faculty member. I received a B.S. and Ph.D. at Iowa State University (1986) and University of Michigan (1991), respectively, both in chemical engineering. I served as a Postdoctoral Research Chemist at the USDA/ARS/NCAUR from 1991 to 1994, and as an Assistant and Associate Professor at UAH (Chemical and Materials Engineering, 1991–1994) before joining UT.

I will begin serving as Editor-in-Chief (EIC) of the Journal of Surfactants and Detergents (JSD) in January and currently serve as Senior Associate Editor for the Journal of the American Oil Chemists’ Society. I received the Impact Award (2017) and the John J. and Dorothy G. McDow Faculty Excellence Award (2019) from the UT Institute of Agriculture. I have over 80 publications in peer-reviewed journals, over 20 book chapters and three co-edited books. My research interests include surfactant self-assembly systems, biobased products, bioplastics and applied enzymology.


Why did you decide to volunteer as a member of a Steering Committee?
My passion for and dedication to serve as EIC of JSD started when I served as Associate Technical Editor (ATE) under EIC Jean Louis-Salager. Jean-Louis exemplified passion to me as an editor and advocate of the journal. He reviewed each and every manuscript before assigning to the ATEs and provided useful comments on his assessment of the manuscript to the ATEs. He worked hard during the Annual Meetings to procure new manuscripts from prospective authors through engagement. In 2014, I served as Chair of the search committee that ultimately hired George Smith as EIC. I learned from this role that JSD has a unique mission in the colloids/interfaces publishing space due to (1) its emphasis on the surfactants themselves (their synthesis, characterization and application), (2) the heavy involvement of the industrial sector in authorship and (3) a deep affiliation with a passionate professional society and dedicated professional staff.


What do you hope to accomplish in your role?
As EIC, my major goal will be to increase the Impact Factor of JSD to 2.0 or above, in order to be competitive with other journals in the colloids/surfactants space. A secondary goal would be to increase recognition of the technical editors, ATEs and reviewers, who play such a key role in the success of the journal. A third goal would be to enhance, broaden and integrate the JSD editor and reviewer communities.

Tell us a little bit about yourself.
I am a father of three children: Tim (Sophomore at UT, studying music education), Phil (Tim's twin, studying Animal Sciences at UT) and Hope (age 14). My wife, Dawn, and I have been married for 23 wonderful years. On the weekend, I like to work outside around our house. I also like to travel and am a history buff.